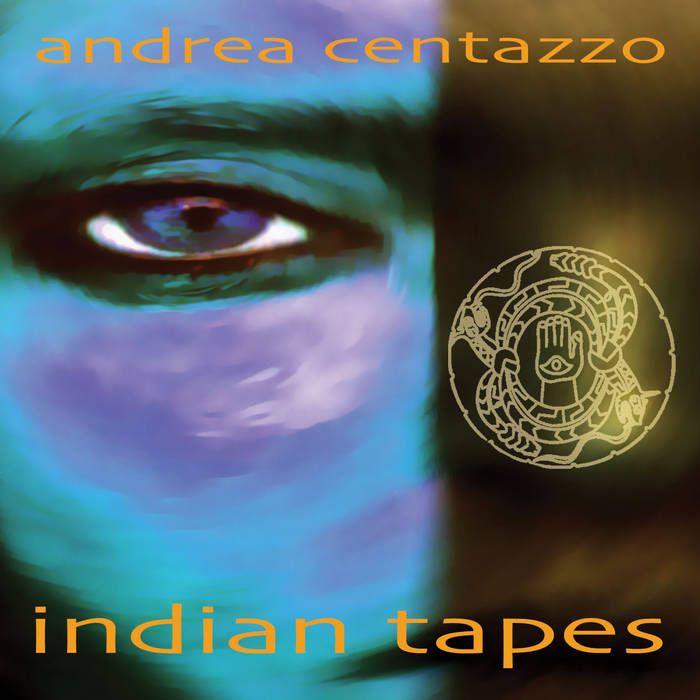 980 saw the release of a project that illustrated the multiplicity of the musical experience: compositional creativity, percussion virtuosity, study, research, and performance.
This was Indian Tapes, a self-produced, three record box set of a substantial body of solo works surpassing all Centazzo's previous releases. This was not just improvised music but a selection of compositions and sound fragments recorded over the years - nurtured, developed and re - recorded over the prior seven years, the realization of a precise, clearly conceived sound project.
Indian Tapes is not, as one might be led to think, an album inspired by the music of native Americans (which consists mostly of simple monodic and monorhythmic forms of expression) but an original work of art which pays homage to these peoples, to their philosophy of life, and to their relationship with nature.
It was on the banks of Lake Michigan in 1976, on seeing the monumet to the Native Americans, the first inhabitants of those lands, that Centazzo decided to undertake his next impossible mission; to alone produce a work dedicated to the Native Americans.
On his first U.S. tour in 1978, Centazzo visited the Indian reservations in search of a legend that had always fascinated him. "Ever since l was a small child, I hated John Wayne and the adventurers of the West-it always seemed that the Indians were the victims of one of the most devastating injustices in the history of mankind. As no adolescent I read all I could find on the subject, in order to get closer to the philosophy of that people."
It was two years after his fateful visit before be could begin this extensive musical work-using all the audio-technical means at his disposal, re-discovering old recordings, re elaborating them, and composing new material.
The preparation had actually begun in 1973, when al the outset of his musical career, Centazzo started experimenting in his home-built recording studio, using percussion and early electronic musical instruments.
It had been a spontaneous project, without preconceptions, where random factors and artistic determination met and blended (with the help of reels and reels of tape) in experiments of all kinds. The resulting recordings were stored away to await fruition at a later date.
For the first time, the texture of the music is enriched by noises and natural sounds, chants from other cultures, bird calls, crickets, frogs, in communion with sounds from their natural world and sounds created by the musician.
IIndian Tapes was awarded the Italian Record Critics' prize for its "noteworthy artistic and publishing enterprise and its commitment to the furthering of research in the field of percussion."
Immediately thereafter the famous American publication, Downbeat gave Centazzo First Place in its poll for Best Solo Percussion Record, classifying him the Nino Rota of percussion.