THE HEART OF WAX 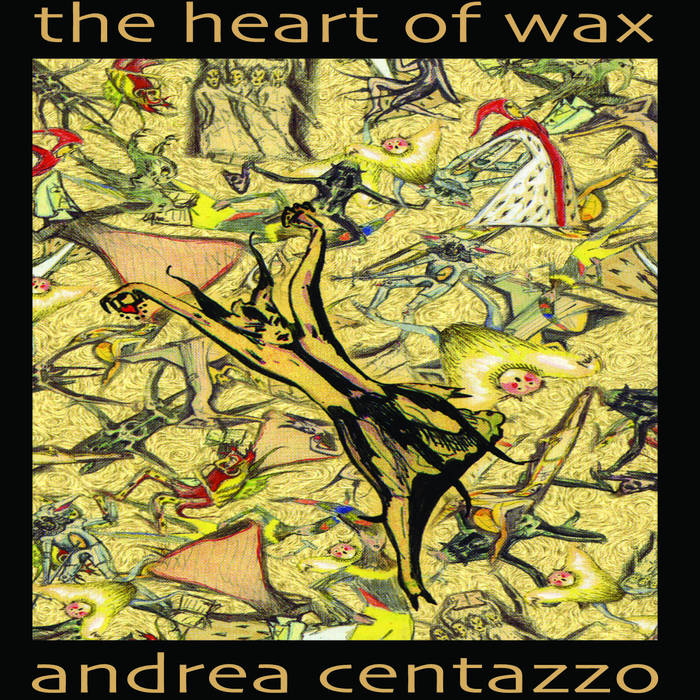 In 2001, Italian American composer/percussionist Andrea Centazzo assembled a first-rate ensemble of strings,
winds, keyboards and percussion to record his adventurous ballet suite, The Heart of Wax.
The music was written for a forgotten libretto by Italian artist Alberto Martini (1876-1954).

Newly edited and re-mastered for Centazzo’s own Ictus Records, The Heart of Wax casts the Italian American
free-jazz pioneer in the role of composer/conductor, demonstrating superlative mastery of orchestration.
There is virtually no improvising to be found on The Heart of Wax.

Although Centazzo incorporates lush, jazz influenced harmonies into his pieces, the emphasis is on the repetitive,
minimalist blending of percussion and keyboards. What prevents the music from taking on an all-out minimalist
stature; however, is the intriguing contrapuntal developments found within the melodic content of each
movement.

Centazzo finds beauty within Martini’s subject matter, described by the artist as a “bizarre spectacular game,
grotesque fable, dramatic macabre and ultimately joyous” . The careful choices in timbre along with the hypnotic,
ethereal effect of his rhythmic layering catapults the listener into a world of sonic serenity, enveloped in warmth.

While each individual movement of The Heart of Wax stands on its own as a distinct musical statement, the
resulting whole performed with seamless perfection, is a bold statement from an under appreciated visionary.

All composition s by Andrea Centazzo


ALL COMPOSITION PUBLISHED BY ANDREA CENTAZZO